Good PR and bad PR: we take a look at a job well done and a job with a lot more to do…

Prince Harry and his PR team get gold in the PR race while, for Pistorius, it’s a good job there’s four years to go until Rio…

It is quite the PR coup that Clarence House managed to win Prince Harry sympathy rather than censure for his Las Vegas ‘playboy’ holiday.

Naked photographs, strip billiards, all-night drinking and entertaining scantily-clad women in his £5,000-a-night (on the tax payer) suite… The perfect ingredients for a scandalous story that could undo all the good PR the royal family had built up over the Jubilee and Olympics in one fell swoop.

As publicist Mark Borkowski recently said: “It could have been a disaster, but Clarence House pulled it back from the brink.”

A meeting with his dad, keeping a low-profile, a charm-offensive appearance at the Paralympics and an official public appearance speaking at the WellChild Awards in London, during which he laughed self-depreciatingly at himself, were all wise moves.

And, while Clarence House cannot take credit for the army’s decision to redeploy Harry to Afghanistan, its fortuitous timing allowed it to put the message out there: ‘What soldier doesn’t deserve to let his hair down before he goes back on duty? How about we all give the guy a break for goodness sake!’.

The cheeky, quirky and funny ads from brands such as Lynx and the Las Vegas Tourism and Convention Authority had great PR value, getting journalists and the social media community around the globe talking.

It all worked. And, as the subsequent YouGov survey has now proved, few members of the public really care, with just 22 percent of respondents condemning his behaviour. Meanwhile, the Press Complaints Commission received over 3,600 messages objecting to those now-infamous photos being published, with many considering this a breach of his privacy.

This is a PR situation that had a plan and was implemented with delicacy and patience.

Oh Oscar, it was all going so well! Oscar Pistorius was always going to be a controversial character in the Olympics, with many debating the advantage running with blades provides. But Pistorius saw his dream to be the first amputee sprinter to take part in the Olympics come true when he raced in the 2012 men’s 400m heats.

He’d worked hard over the last four years to be physically fit enough to race and also fought a long battle with the International Association of Athletics Federations (IAAF) to compete against able-bodied athletes. Not to mention repeatedly challenged those who felt he had an unfair advantage, thanks to his highly-developed, finely-tuned, technologically-advanced, carbon-fibre prosthetic limbs.

The respect he’d gathered along the way from officials, fellow athletes and the public was clear to see and the majority supported Paralympics’ most famous athlete’s bid for equality.

All this makes his outburst in the face of defeat against Alan Oliveira in the Paralympics all the more surprising. Pistorius felt that Oliveira had an ‘unfair advantage’ in having blades which were four-inches longer than his own. A somewhat controversial and, many are saying, hypocritical opinion coming from someone who recently had to fend off similar arguments from able-bodied athletes unable to utilise the technological advantage blades provide.

The fact that Pistorius could have used the same kind of blades as Oliveira, but was using blades set to the specifications of the IAAF for competing in the Olympics, is ironic and brings to mind the saying – ‘you can’t have your cake and eat it’.

To make matters worse he has only apologised for the timing of his outburst. His reputation as the embodiment of the Olympic spirit he’d previously been applauded for is tarnished. His petulant outburst has changed public opinion and he is no longer the gutsy competitor, but the bitter loser.

Pistorius and his PR team will be relieved to hear the decision, recently announced by the International Paralympic Committee, that there will be no disciplinary action taken against him for his comments. It’s a good place to start the well-thought-out and carefully considered PR strategy required to take him forward and help him regain his position as the ‘face of the Paralympics’.

(We’ve recently received the good news that we’ve been awarded two industry PR awards – more news on that coming soon – which means if you’re interested in how PR can help your brand there’s all the more reason to call us! Contact us on 01603 252555.) 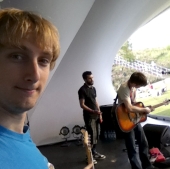