When our client of three years, Millers Music, came to us for support with a unique project whereby 21 pianos would be brought out of the storeroom, into concert at King’s College Chapel, and later donated to schools and institutions across East Anglia, we knew we were involved in something big. We also knew it required a meticulously planned communications strategy – our forte!

Millers decided to team up with composer and King’s College Fellow in Music Richard Causton to put on his Nocturne for 21 Pianos concert, an arrangement of Chopin’s original nocturnes played on 21 pianos simultaneously, in celebration of their 160-year anniversary. Performed by members of Peterborough Centre for Young Musicians (PCYM) and students from King’s College, it was a true celebration of young local talent. While the giveaway of the pianos used, worth £50,000, encapsulates Millers’ ‘music for all’ ethos.

It was the perfect campaign in need of perfect execution, which is where we stepped in with a fully integrated marketing campaign, including the design of A1 posters, web banners, email signatures, social media visuals, event pull up banners as well as social media activity support and five press releases.

Press releases were sent out regionally and nationally. The story appeared in print, achieved over 20 pieces of online coverage, as well as radio coverage from BBC Radio 4, Cambridge 105 and Future Radio. We worked closely with Millers to achieve sign off from the many parties involved and to book the subsequent radio appearances, acting as a press office in part.

Our first press release communicated a variety of messages, but its main purpose was to create a buzz around the extraordinary event and urge readers to snap up tickets. We took a personal approach to this, phoning up individual media contacts to get them excited about the story. It seemed to work; instead of the anticipated 300 attendees, over 500 people attended the performance.

The next release was a post-event roundup with professional photography from the evening. It encouraged eligible institutions to apply to receive one of the 21 pianos used in the performance and was split into four versions, each tailored to a different region: Norfolk, Suffolk, Cambridgeshire and Essex. Millers received a whopping 270 applications, more than ten times the amount of pianos available, and the lucky winners will be announced soon.

We’re certainly looking forward to hearing who the lucky winners are. The event has passed, but the story isn’t over yet! Once the pianos have settled into their new homes, we hope to seize any opportunity to expand on this remarkable campaign. Watch this space… 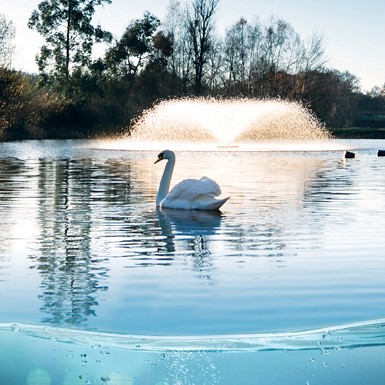