The love of print continues…

It looks like print advertising could see a change in its fortunes. One of the reasons for this is the Newspaper Marketing Agency (NMA)’s recent appointment of a marketing director and its imminent relaunch of its website in an effort to reinvigorate the case for advertising.

According to NMA the agency’s first marketing director will be responsible for promoting the ‘power of newspaper brands’. About time, we say. Data from Nielsen shows national newspapers took 13 percent of all display ad spend in 2011. That equates to £1.4 billion, so not in any way an industry to overlook.

And in the face of falling readership it’s promising to see newspapers such as The Independent condensed newspaper – the i – hold such strong circulation figures post-launch that they’re launching a Saturday edition to meet consumer demand (they didn’t even have to poach The Independent, their sister paper’s readers to do so).

It’s equally as promising to see Warren Buffett, the billionaire US businessman declared by Time magazine one of the most influential people in the world, buying a chain of 63 papers in backwater towns in the US. He admits: “the economics will be OK, but it will be nothing like the old days,” and he is undoubtedly right about that, but the fact that Mr Buffett considers there to be a viable business option in local and regional press advertising is in itself a promising sign going forward.

It’s not just Mr Buffett who mourns the loss of the central role a paper plays in a community, as Simon Kelner, the editor-in-chief of i and The Independent, recently said: “In Britain, we have lost untold numbers of local papers and we are undoubtedly worse off as a result.” And what we all hope this move has done is restore some faith to the institution of the local paper and in press advertising over all, as let’s face it, what the US does impacts here at some point.

Press advertising is something we at oneagency.co still really believe in. It adds value to a campaign at an affordable cost, and brings in tangible results for our clients. We for one hope that – not for the first time – Warren Buffett, NMA and the launch of a Saturday i, are proved right to be putting their belief in and investing in press advertising. 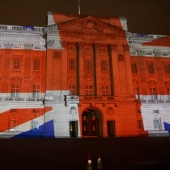