In order to have one single advert transmitted on ITV London during Coronation Street, an advertiser would have to pay £11,490 [source: ITV]. In order to upload an unlimited number of videos onto YouTube, an advertiser would have to pay nothing. In a time where marketing and advertising budgets are under financial pressure, YouTube has the potential to be something of a godsend.

In September, LG launched a YouTube campaign to announce the release of its new Ultra HD TV. Ultra HD TVs are claimed to be the highest resolution TVs on the market, but with the potential customer watching your advert on an ordinary computer screen, how do you convey this? Well, by simulating a meteor explosion, of course.

The hilarious reaction video has been a huge online success, amassing over 12 million views and thousands of shares on social networking websites in just over a month. The integration of YouTube with websites like Facebook and Twitter is key to providing video advertisements with the ability to ‘go viral’ and be viewed and shared by millions of people without the expensive costs of TV advertising.

While many companies will have a YouTube channel, many do not make the most of the website’s potential to supplement or differ from existing marketing campaigns. Men’s toiletries company ‘Old Spice’ was one of the first companies to have global success with YouTube marketing, with its “The Man Your Man Could Smell Like” video being viewed over 46 million times. With no cost or time restrictions, the freedom provided by YouTube means it is an invaluable marketing asset to consider.

What makes a good viral advert?

It is important to consider how your target audience uses the internet. Internet users always want to be the first of their friends to find something interesting to share through social networks. The power of the ‘Like’ and ‘Retweet’ buttons on Facebook and Twitter respectively are a huge tool in online marketing. Users of social networking websites not only seek to find interesting articles or hilarious videos for their own pleasure, they also want their friends to know that it was them who found it first.

In a troubling financial era, YouTube has the potential to provide companies with a cheap and highly accessible platform for advertising. With more than one billion unique visitors per month, can you really say no to the opportunity of this free advertising platform?

If you would like advice on how your company can maximise the potential of a YouTube channel, give us a call on 01603 252555. 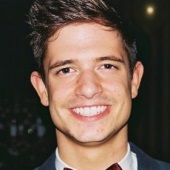