We win ‘Best in Show’ with Royal Norfolk Show website

This piece of agency news appeared in the EDP Business on Wednesday 25 January 2012.

We won this prestigious local project after successfully demonstrating our ability to push the show forward into the digital age while also taking into account its heritage. As Angi Davies from the RNAA comments: “oneagency.co impressed us with their innovative digital solution for presenting the Royal Norfolk Show online. They captured the essence of the brand, creating an identity which will appeal to both existing and new audiences.”

The Royal Norfolk Show drew crowds of 104,000 last year. Building on that, organisers are looking forward to attract new audiences in 2012. Part of this process is a website that presents a new online identity for the brand and incorporates technology that will bring it into the digital age.

Carl Willimott, new business director, comments; “The ultimate aim is for the site is to be a complete online show guide. With brand new features such as an interactive site map, day planner, video updates and a regional ticket office locator, the site will make it easier for visitors to plan their day and get the most out of the show. A new look and feel will revive the brand and give it an all-inclusive feel to attract a wider audience.”

As the country’s largest two-day county show, the Royal Norfolk Show is the county’s premier ‘shop window’, bringing an estimated £40 to £50million into the local economy. Carl concludes: “It is vital the website best represents the exhibitors who make the show the fantastic event it is. It provides a great opportunity for local businesses in the area – for those who exhibit at the show and those in the tourism industry who benefit from the upsurge in visitors to the area to attend the show – and as such it deserves a website that reflects the important event it is in the regional and national calendar. We look forward to delivering just that.” 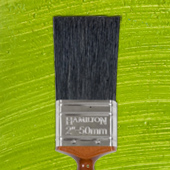 Providing a brush-stroke of marketing creativity to Hamilton Acorn Ltd