Coming to a Feed Near You

This week, it has been announced that UK users of the popular Instagram app, which is owned by Facebook, will now begin seeing sponsored ads in their feeds. Advertisements were introduced to the American version of the photo-sharing app in September 2013, but Britons have yet to experience this commercial element. However, it is to be noted that some companies do already subtly advertise on Instagram in the UK, using links and photos, so the step-up may not be significant. So far, major companies have agreed to start marketing campaigns, including Starbucks, Cadbury, Estée Lauder and Waitrose. Many users of Instagram will not welcome the advertising factor, but the platform needs to introduce campaigns to ensure it is no longer relying on America’s more established version of the app.

Marketing – On the Rocks

Jack Daniels has always brought its product to life with a rich back-story based on heritage and tradition. The universally recognised brand is now expanding its marketing further, featuring a storyboard set in 60s Vegas. Frank Sinatra even makes an appearance at one point. This imagery is effective; in the world of whiskey, time is a sign of a reliable and refined product.

Spotify has recently introduced a new feature to its music streaming service; the website and app now sports the option to skip to the most exciting part of a song with the “Where’s the drama?” option, present for nearly all songs. It is believed that the app can automatically detect the point of the song where the energy is highest, whether Nirvana or One Direction is playing. However, this could be down to the fact that many songs peak around the second verse.

Apple’s release of the brand-new iPhone 6 Plus has had mixed success. The model has generated a lot of negative hype due to its apparent malleability, dubbing the phone “#BendGate”. Unfortunately for Apple, the latest device does seem to live up to its nickname, as many stories are surfacing featuring photos and videos of the iPhone 6 Plus bending effortlessly. This version of the line, made of aluminium, seems to be too thin for its extended size; Apple strives to make each new model of its famous mobile slimmer and larger in design, but this seems to have reached a limit. The design flaw is inopportune, yet it is unclear how many models are affected by it.

The Life & Death of Yahoo Directory

The Yahoo Directory, once the internet’s most important search engine, is set to close. Yahoo was set up 20 years ago as a resource to explore the internet, but has declined in popularity due to faster, more appealing browsers such as Google Chrome. The Directory will close by the end of 2014. 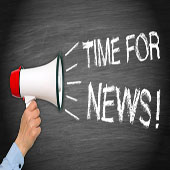