Atlas, the mobile advertising network owned by Facebook, has just been updated. Mobile advertising has been a slow starter due to issues with cookies and tracking, but Facebook believe they have cracked it. Facebook users provide a lot of information, whether browsing on a desktop, using the mobile app or just from their general Facebook activity. Atlas will now be able to collate this information and serve up advertising that is highly targeted.

The End of PageRank

Google recently announced that PageRank, one of their signature innovations, will no longer be updated. PageRank had lost a lot of its trust with webmasters in recent years, with infrequent updates and some strange results leading many to look at other metrics. There are still plenty of site owners selling links based on their PageRank score, but this will surely have to change with the last update taking place almost a year ago.

The Golden Triangle Has Evolved

Mediative published a study which shows that the way we view search results has evolved over the years. The older eye-tracking heat maps use to show an “F” shape, named The Golden Triangle, but the search results have changed since 2005, and so have we. Searchers are more willing to look beyond the top two positions, though the first listing still gets 32.8%. They are more likely to scan down the page, possibly a result of increased mobile browsing usage, and are more willing to look around the page as the top listings are not always in the same top-left position anymore.

Google announced Panda 4.1 last week. If you’re not familiar with Panda, its main goal was to penalise low-quality, thin content and resulted in major search engine changes. This new update was rolled out over the course of two weeks with the aim of more precisely identifying low-quality sites so that a greater number of small and medium-sized sites could get more exposure. Google anticipate between 3% and 5% of search queries being affected.

Microsoft have announced a new addition to their Office suite, called Sway. While it is currently only available in a preview form at sway.com, you can request early access before it enters the beta stage. The purpose of Sway is not to take on the established web design products, but to give a quick and easy way for users to upload images, videos and text to the web. It is a place to experiment with your content, creating something brand new or using a template, and offering a place to showcase it. 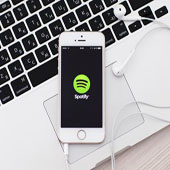