One of the most hated features of online life is being dropped by Ticketmaster, the world’s largest online ticket retailer.

Captcha (which stands for Completely Automated Public Turing test to tell Computers and Humans Apart) is widely used to make sure items such as tickets, as in the case of Ticketmaster, are not bulk bought automatically by robots. The technology requires users to type in words to prove they’re human before allowing them to proceed with a purchase or numerous other activities, such as commenting on a blog post.

The main problem with Captcha is that, in order to stay effective and keep out increasingly sophisticated robots, it has had to become more advanced and now uses hard-to-read words, which often require several attempts to get them right. Hence the reason it is now so widely disliked!

Ticketmaster is replacing Captcha with new software by a New York start-up company called Solve Media. It provides a similar system to Captcha, but asks for well-known phrases or simple multiple choice questions and can present a new advertising opportunity using brand messages and slogans. Better yet, it halves the average time taken to solve a Captcha puzzle (14 seconds, reduced to seven seconds using the new system).

With Ticketmaster such a major player on the net, it is expected many more will follow in its footsteps. We don’t expect Captcha will be made redundant overnight, but this is likely the start of a gradual evolution that makes accessibility easier. 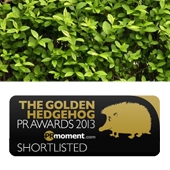 Starting the year as we mean to go on!